Welcome to motherhood where there are no hard questions and life is simple. Your child will be perfect, and well, if they are not, it is your fault and no one else’s.

Love who you are, but don’t forget you are competing.

If you fall behind, you better not break. Forget your depression, your exhaustion, your fear. Stop making things up and appreciate what you have.

It’s what they tell you and what they expect, all while hiding the truth behind it all, it’s harder than you think and it’s all set against you.

Then ask, why a new study shows more infants are dying nearly as soon as they breathe, in our country alone, we face death with our choices.

And what do they say is the problem here? Is it our systems, our healthcare, our customs or our values?

No, it’s our mothers, they say, who just can’t be bothered. If you give them a moment, they might try to convince you, we don’t love our children and purposely lose them.

There answer to suffering? Blame the mother.

“Half of all U.S. pregnancies are unplanned, another complicating factor, the report says. Women whose pregnancies are accidental are much less likely to take good care of themselves and to get thorough prenatal care, from vaccines to vitamins, that can protect the baby and her.”

NBC knows us, or are they missing the point?

Why not blame the mother, its easy to do. A scapegoat, an out, an easy escape. If YOU take the blame then nothing has to be done. Policy doesn’t have to change and we can pretend to be that great nation we always proclaim.

But if you open your eyes and ask a question or two, you might just wonder if it’s the mother at all.

They say stress is bad for the baby. Breathe deep and don’t worry, it will be fine. Divert your attention from that bill for $10,000 you know will be coming, if you’re lucky that is. Just hope there are no complications or that number could triple. Because that is the cost of birth if it’s simple.

It’s your fault you’re stressed. Blame the mother, is what they say. Doesn’t money grow on trees for you?

And if you’re like the majority carefully planning how to make those ends meet and plan for those bills, don’t you dare let your relationship suffer for one second. 35 minutes a day is all you need for connection. Because that’s all that’s left after two people work. That’s fine, that’s okay, don’t complain, keep it together. More positive talk and that romance will last. Change your mindset dear, that is all it takes, they say. If things fall apart, it’s only because you let it. It’s your fault, they say. Blame the mother.

The problem couldn’t be bad advice from a doctor. A true story here, I hired my doctor to advise me in pregnancy. I asked about nutrition, the expert advice? Just drink a coke Slurpee. 7-11 is all you need. It will keep you alive while the morning sickness rages.

Should this be surprising when the studies say, only 20 percent of medical schools even require the minimum hours of the study of nutrition? Are they really health experts or disease case managers?

But criticize our doctors for giving advice that makes us sick? No, it’s not them, they’re unquestionable. They went to school for so many years. They could never lead you astray. Something went wrong? The blame is yours and your alone. Blame the mother.

They say preterm babies are more likely to die, we have more of those than any other country, but why?

It couldn’t have anything to do with unlicensed untested drugs recommended across the board, as if we were born incapable of surviving or all made the same. Get the flu shot they say, it doesn’t matter if it’s only a 30 percent match this year. If you get it you’re a good mom, if you don’t you are bad.  Wear that F on your arm to cover your shame, a failure, you put your own child at risk. It only raises the chance of miscarriage 7 times says the CDC’s own study. But don’t worry, don’t ask questions, just follow our lead. It won’t happen to you, if death’s not properly tracked, it’s really not real. You suffered a loss, don’t worry, it must have been you that did something wrong. That’s what they would have you believe. Blame the mother.

And what about the shot with the black box warning given mere moments after birth? It stays death has happened upon admission and yet we give it to all babies? Yes, I’m talking about vitamin K injections. Could that have anything to do with it? No of course not, even though other countries use oral vitamins instead of shots. Don’t ask, don’t question if this could be a problem. If something happens it’s only because you didn’t take care of yourself, my dear mother. Blame the mother, that is what they say.

And then you dared question the other shot given at birth, The one that lists SIDS on the insert as a possible side effect. You wanted to know, how often this occurs, what are the risks, can you give me more data, please? No, they say. Get the shot at birth. Don’t ask, don’t question and don’t delay. If you wait too long, your child loses her right to a public education. So you want to know more, too bad. Good moms don’t ask, they silently accept and deal with the consequences. Unless you live somewhere else, anywhere else, where there’s screening and judgment and a thoughtful use only when benefits truly outweigh the risk. But here, If something goes wrong, blame the mother. It’s your fault. Balme the mother, that’s the easy thing to do.

You wonder why other countries use less interventions, with inductions, with c-sections and with vaccinations?

You see they have lower infant mortality rates. Could those interventions be part of the problem? the graphs seem convincing, but don’t you forget, correlation is not causation if makes you question the norm. Don’t dig further, don’t ask questions, don’t look for trends. Unless it’s about hair, makeup, and nails. Or maybe about which shade of neutral is most popular now.

Oh wait, you read a study and don’t agree with the methodology? Too bad, you’re not smart enough, leave the big decisions to the experts. The science is settled. The questions have been asked. Don’t read a book with numbers, and studies and data. It’s all been done for you, you don’t have to worry. That’s how science works now, it’s trust and faith, not seeing for yourself. Because if you don’t know, then you accept what they say. It’s your fault they say. Blame the mother they say. Don’t accept what they say.

Besides dear, mother don’t you have to go back to work? Don’t let yourself think of how a dog gets 6 weeks with her babies, but you dear human, only get two.

Oh in other places they get about a year to bond and to play and recover as a mother after birth, but you can’t be worn out from 40 weeks of giving your body to someone else!

Of 195 countries throughout the world, only 5 don’t offer paid maternity leave. That’s right, Lesotho, Liberia, Papua, New Guinea, Swaziland and you named it, the United States, the greatest of great nations, so don’t criticize.

We say we value family, we support our mothers. We expect them to stay home, to work, to be fulfilled and happy and absorb all the problems pouring in from every direction. If anything goes wrong, we know exactly who to blame.

It doesn’t matter that 1 in 4 must return to work two weeks after a baby is born just so nobody starves.

Don’t worry about your life after baby, you may just be lucky to get there. The US has the worst rates of maternal death in the developed world. And the only country where this number is steadily climbing. There’s only one reason though, you don’t care, didn’t plan, aren’t taking care of yourself. It’s all your fault they say, but it’s not true. Blame the mother they say, but we will not accept. We know better.

So why is it that we are the only country where mothers and babies suffer at such high rates?

Is it the mothers? Do we not care? Have we neglected our children, our heirs, our future? Do we enjoy watching them suffer or worse visiting their graves?

Blame the mothers they say, but it’s only a lie.

A lie to distract you and silence you and stop you.

But we won’t accept abuse and gaslighting.

You are smart enough.

You are clever enough.

Your intuition is screaming the truth.

I SEE YOU brave woman.

Fighting every day for that life you created on purpose or on accident.

You chose to keep them and honor that heartbeat.

Your intuition, ignite it, don’t hide it, my love.

Keep fighting on, and you will make it.

Don’t let them blame you,

Don’t let them take you down,

Stand up for what you know,

Do your own research

Make decisions from your heart

And make the world different today.

Tomorrow is a new day,

One that we shape and create.

May we honor our sacrifice, and that of our mothers’ as well.

That our daughters will know more than gaslighting and loss.

Suzzie Vehrs is the author of Divine Birth, a book to inspire mothers to have an empowered and positive birth experience and a contributor to the book Naturally Inspired, a book written by nurses, mothers and researchers about creating a healthy life in 2019. She works to help mothers have access to information about nutrition, birth and health so they can make informed decisions for their family. You can find her writing at She Births Bravely or hire her as a doula to support your birth.

Jump into owning your life: 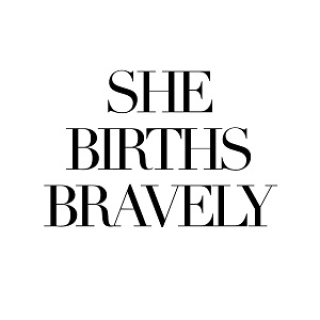 Suzzie Vehrs is here to help you paint the picture of your own birth and create the patterns of thought, nutrition, and self-care to help you birth with joy, not fear. She believes that you write your own story, and it is beautiful. You will grow and change through the rite of passage of birth and Suzzie will support you as you do so. Suzzie’s goal is to help you connect with a powerful and authentic birth where you draw from both your head and your heart as you make choices and uncover the birthing power within. Discover our water birth services, doula services, aquadoula services, and birthing tub rentals (labor tub rentals) in Seattle, Washington.